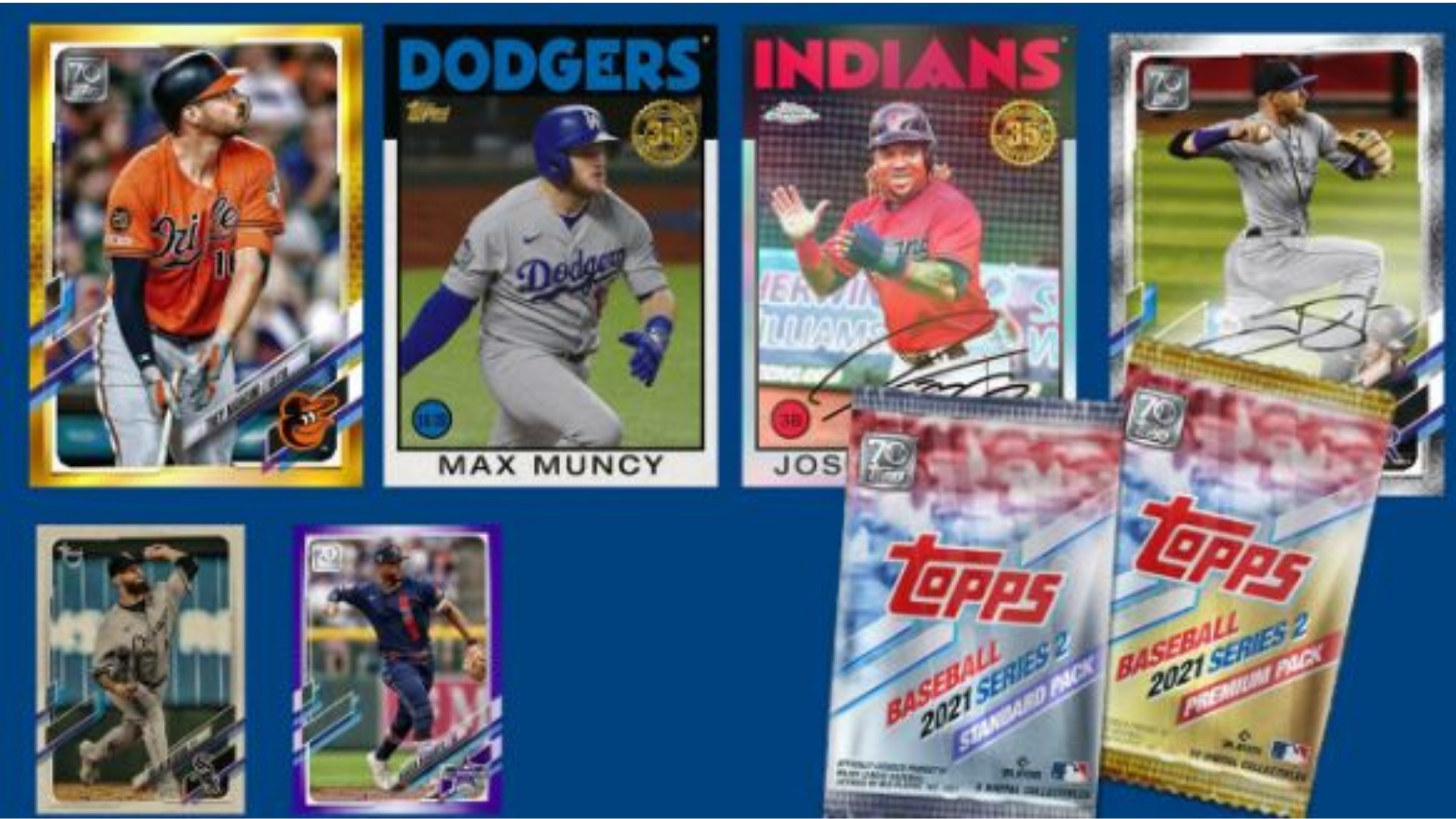 At the end of August, the collectibles firm Topps launched the first series of its 2021 NFT Major League Baseball (MLB) NFT collection called “Inception.” A month later in October, Topps introduced the second series of NFT MLB collectibles via the blockchain protocol Avalanche. The new NFTs are based on the sold-out 2021 Topps Series 2 Baseball physical product and can be obtained via toppsnfts.com.

Standard and premium packs of the 2021 Topps Series 2 Baseball NFT collection started selling on October 4 and the NFT collectibles contain card rarities ranging from common to legendary. Tobin Lent, the VP and global general manager of Topps Digital Sports & Entertainment explained that the MLB NFT series are good for both NFT veterans and newcomers alike.

“Our Topps MLB NFT products have created a fun, easy-to-use collecting experience for many who have collected NFTs before as well as those looking to make their first purchase,” Lent said in a statement sent to Bitcoin.com News. The Topps’ executive added:

Series 2 Baseball provides a yearly snapshot of many of the twists and turns of an MLB Season and this release offers collectors a chance to collect those memorable moments in a unique new way.

According to the toppsnfts.com web portal, a standard pack of NFT baseball cards is $15 per pack and they come with eight cards per pack. 25,000 packs have been released and the odds to get a rarity card is 16.64%.

The chance to get a super rare card is 14.23%, and the chances to obtain a legendary NFT card from the series are much lower at 0.04%. A standard pack purchaser, however, is guaranteed to get at least one rare card. Premium packs are far more expensive at $150 per pack but the legendary odds are greater.

In August, the first 2021 Topps MLB Inception NFT Collection sold out in just 96 minutes and with more than 22,000 unique buyers during the sale. Topps says that the hottest secondary sales from the Inception collection include the 1 of 3 Legendary Vladimir Guerrero Jr. Letter Booklet and the 1 of 23 Epic Juan Soto Red Rookie and Future Phenoms Facsimile Signature NFT collectible card.

So far, in terms of Major League Baseball NFT cards and packs, Topps has cornered the market. Meanwhile, NBA Top Shot has introduced non-fungible token collectibles tied to NBA players and their greatest moments. However, in 2026 Topps will lose its partnership with MLB as the league has inked a deal with the sports apparel maker Fanatics. It’s quite possible that Fanatics could pick up the MLB NFT game from that point forward.

MLB has also partnered with Candy Digital and the platform has released MLB-branded NFTs like a 1-of-1 token of Lou Gehrig. Moreover, the Los Angeles Dodgers released an NFT version of the club’s 2020 World Series ring. In fact, Fanatics is deeply rooted with the startup Candy Digital as the company’s founders include billionaire investor Michael Novogratz, digital media entrepreneur Gary Vaynerchuk, and Fanatics’ chairman Michael Rubin.